skip to main | skip to sidebar

Sharing a microphone and where ideas come from

Monica and I have been lucky enough to attend quite a few screenings of The Atom Smashers, and we've usually been able to stand at the front of the theatre, sharing a microphone, answering questions from the people in the audience after the film ends. It's really fun, actually. For the same reason that proud parents never tire talking about how smart their babies are, we could probably talk forever about our film.

It seems to be a predictable pattern: the general public is astonished to find that a) scientists are people not that different from everyone else, and b) that their lives involve exciting stories. It reveals the extent of the disconnect many people seem to have regarding science, and as New York Times science writer Natalie Angier says in our film, it's a disconnect that starts as "early as the fourth grade" and once people get off that track, it's very hard to get back on.

I answer the question by mentioning the newspaper article I read in the Chicago Tribune in 2000 (a link to which I would post here but the Tribune makes you pay for archived articles --- boo) in which science writer Ronald Kotulak beautifully and dramatically set up the scenario that eventually became our film.

It seems a little odd to give so simple an answer: "I read a newspaper article about it" --- but in truth I think that's how the best ideas strike. An idea in one medium presents itself for adaptation into another. When teaching a class at Northwestern to sophomore film students, I discuss where story ideas come from and give another example of just such an adaptive transformation: I remember a day quite clearly in 2003 when I was driving in Kansas City, listening to NPR, and heard a story about how NASA was going to deliberately crash the Galileo space probe into Jupiter so that it would not accidentally hit Europa, one of Jupiter's moons that is potentially harboring life. I nearly crashed my car into a signpost. What a bizarre moment, I thought, and immediately imagined a scene where the scientists sat around a high-energy radio speaker, listening for the last whistling signal before it stuttered to a stop. What would they say to each other? What would they be feeling like? 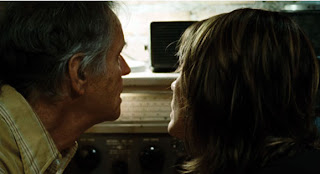 This time, rather than a documentary, I decided to write a short film script with that little scene at its heart --- not with scientists, but rather with a couple of ... well, science-lovers. I asked Andrew Suprenant, the producer of The Atom Smashers, to produce it, and the script won the Chicago IFP Production fund, which meant we were able to make the film with donated goods and services from cameras to film to editing and the whole shebang. The title? Galileo's Grave. It's nearly done, but got moved to the back burner behind The Atom Smashers.

Maybe it's just that I have a soft spot for where pathos intersects with the scientific method, but I believe the world of science is teeming with great stories. I think that's good news for us at 137 Films, because that's what we focus on.

I didn't realize it premiered. Will there be a time when we can see it?

robine said...
This comment has been removed by the author.
10:40 AM

It has only premiered in festivals --- it is on tonight (Tues, Nov 25) on PBS --- Independent Lens. Check your local listings here:

Sorry, of course I know about the Atom Smashers. I meant Galileo's Grave... :)

Oh, right --- yes, it did premiere in 2007. Since then, it's back under construction --- trying to trim it down a little. Shorter films tend to have a bit more luck with festivals. In a couple of months, maybe 3, I'd like to have it wrapped up and sent out into the world...

Clayton
Clayton is a documentary and narrative filmmaker interested in exploring the hidden stories and compelling characters that emerge when people pursue their passions. A graduate of Northwestern University's Master of Fine Arts program in film, Clayton has received several awards and seen his films screened across the country and internationally. His films explore what happens when fascinating characters, real or imagined, are caught in curious obsessions. He is co-director of the award-winning documentary "The Atom Smashers" which was broadcast on the PBS series Independent Lens. Clayton teaches film production at Northwestern and is a co-founder of 137 Films, a non-profit documentary production company telling stories found in the world of science.